Daybreak Reno in Southeast Reno, Nevada is a vision of stewardship, innovative homes, and vibrant gathering places where people of all ages can celebrate life. The master plan is proposed to include the potential for a number of schools along with significant open space and parks, a robust trail network and neighborhood commercial. The convenience of a downtown village will serve as a beacon of this inspired master planned community.

If you would like to review Daybreak’s United States Army Corps of Engineers Section 404 Permit public notice, please click here.

To the left you will find our presentation with site information about Daybreak. Please feel free to browse the presentation here or download your own copy.

Surrounding Daybreak Reno in the Southeast region, Nevada life is flourishing with convenient shopping, entertainment, health care and community services. With an eye to the present and a vision for the future, the region retains its spirit of the past, while it plans for new generations to enjoy an outstanding quality of life.

Where the magnificent mountains unite with the high desert, Daybreak Reno is only a short drive from Lake Tahoe. Daybreak Reno is located near world renowned ski resorts including Mt. Rose, Heavenly, Squaw Valley, Northstar, Boreal, and Diamond Peak and only moments from walking and biking trails along Steamboat Creek.

STUDENT OF THE MONTH SEPTEMBER 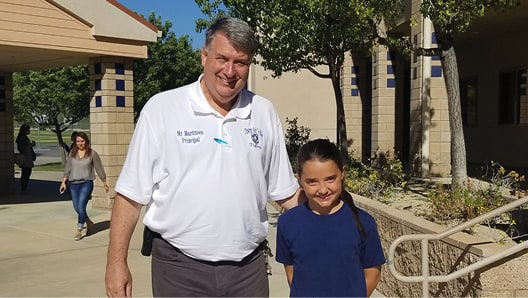 For the month of August, Tesoro del Valle students put into practice the first Habit of Highly Effective People, “Be Proactive.” This Habit talks about constantly working to expand your influence. By exemplifying this quality, student Ava Hadjiandreou was recognized for being the most proactive student during and outside of school hours. She was involved with different groups that stayed to help clean the school after hours and constantly make sure her community was taken care of. As a part of her award, Newport Pacific Land presented Ava and her family with a $100 gift card to Cheesecake Factory. 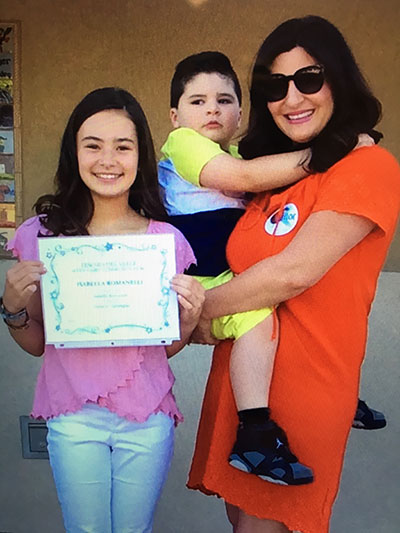 In May, the students at Tesoro del Valle were challenged with Habit number 6, Synergize. Synergy means “two heads are better than one.” It involves teamwork, open-mindedness, and the adventure of finding new solutions to old problems. Isabella Romanelli was recognized for this month’s Habit. She brought individuals together in group work settings and made sure each member was heard. Through synergy, the group was able to find solutions that are less likely to be discovered alone. Newport Pacific Land awarded Isabella with a $100 gift card to Cheesecake Factory.

The Valencia Trail Race is an amazing experience that features a 10 kilometer, half marathon, and a 50k ultra distance run. Annually, the community is invited to experience a trail course that takes you up to the peaks and along the ridgelines with panoramic views, then into the canyons through the hills of Valencia for a truly awesome trail challenge. This year, the race took place on Saturday, March 25th at 7:00 AM on our Highlands property, which gave runners the exposure to awesome trails, hills, breathtaking views, and most importantly, beautiful nature. The course contained 20 hills, 70% single track, and 30% mountain roads. We are pleased to announce a portion of the race proceeds gave support to different charities, including Wildlife Waystation and Global Adventure Kids.  To Learn more... VALENCIA Trail Race!

Tesoro del Valle Elementary School is implementing the 7 Habits of Highly Effective People into their curriculum. Each month, the school is recognizing one student based on the Habit that is being practiced for the month. Tesoro del Valle Elementary is teaming up with Newport Pacific Land to reward each of the students that are being acknowledged for their accomplishment with a $100 gift card to Lazy Dog or Cheesecake Factory. NPL firmly believes our future is in the hands of our children and a solid foundation built on positive habits will benefit the community greatly.

BE PROACTIVE. BEGIN WITH THE END IN MIND. PUTTING THINGS FIRST.

The month of November, Tesoro del Valle students put into practice the first Habit, “Be Proactive.” This Habit talks about constantly working to expand your influence. Student Jeremy Cook was awarded for this Habit for being the most proactive during and outside of school hours. He was involved with different groups that would stay and help clean the school after hours and constantly make sure his community was taken care of.

While December is a month full of activities, the Tesoro del Valle students focused on practice Habit number 2, “Begin with the End in Mind.” This habit is based on the ability to envision in your mind what you can’t at present see with your eyes. The students presented at the Assembly what they wanted to be when they grow up. Ava Francis was chosen the winner for the second Habit. She presented her personal mission statement to the school.

For the month of January, Tesoro del Valle students embraced practice Habit number 3, “Put First Things First.” This Habit helps you understand to live a more balanced existence. This Habit deals with the questions addressed in time management. Annabella Edwards was awarded for this Habit. Annabella completes all her work in a timely manner and gives 100% at all times.

Michael Schlesinger, VP of Community Development for Newport Pacific Land, presented a $5,000 check to the Tesoro del Valle Elementary School PTA during the school's Spirit Rally. This check was the first installment of the total $10,000 donation that is being made towards the school's science lab. Newport Pacific Land is in the process of building The Highlands, which is the final phase of the Tesoro Del Valle Master Plan. Newport Pacific Land believes in giving back and helping the local community thrive. They believe that volunteer efforts, contributions, and leadership help create stronger, healthier communities.